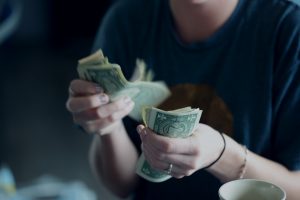 The end to alimony

The fight to end permanent alimony in New Jersey may be creating some false impressions about current reality. Although permanent alimony was common when many women exiting long marriages had never been in the workplace, times have changed. Not only do few divorcing spouses today qualify for permanent alimony, but some of those who do qualify are men. The definition of a long marriage has also changed. New Jersey courts once used 10 years as the benchmark, but permanent alimony after a marriage of 10 years is now quite rare. How long is long? There is no bright line, and the question is, should there be? Alimony decisions are very fact-specific and the length of a marriage is only one factor. Spouses who have the ability to work after a marriage of any length are expected to do so to contribute to their own support.

What does “permanent” really mean?

Under current New Jersey alimony law, an order for “permanent alimony” does not prevent the paying spouse from seeking a modification if there is a substantial change in either the dependent spouse’s need or the paying spouse’s ability to pay. The alimony reform bill that went to the Senate Judiciary Committee on May 13, 2013 (A3909/S2750) places limits on the duration of alimony based on the length of a marriage, but allows courts to deviate from the limits “in the interests of justice,” and to award alimony for an “indefinite” length of time after a marriage or civil union longer than 20 years. Is indefinite really that different from permanent but modifiable? Are the recommended time limits helpful, or are they arbitrary?

New Jersey law also provides for other types of spousal support when permanent alimony is not appropriate. For examples of how various types of alimony awards may apply in real life, Weinberger Law Group of New Jersey has put together some alimony case studies.