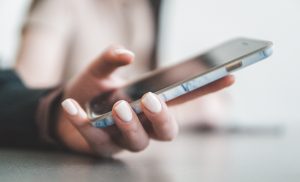 The mother of a junior high student is taking legal action against her daughter’s vice principal, alleging negligence and intentional infliction of emotional distress.  According to the lawsuit, Penns Grove Middle School Vice Principal, Abner Mendoza, established a personal connection with the student that was defined as inappropriate. An exchange of text messages indicate communication outside of the scope of education or school-related matters. A police report was filed, as well as a report to the school.  The mother chose to follow up with extended measures of legal action when the school district failed to issue substantial disciplinary action.  At the time of filing, the vice principal still maintained his position within the school and was not facing any criminal charges.

The only form of reprimand involved the vice principal attending a mandatory class on technology use and appropriate communication with students.  The superintendent of the district denounces the claims made and foresees a dismissal of the lawsuit.  The principal of the school did admit that the messages between the vice principal and the student were rather alarming and seemed to have violated policy that prohibits school employees from contacting students in non-educational or non-school-related matters.

The mother of the student stated that her daughter recognized an issue with the communication when the conversations transitioned from emails on the school server to personal cell phones.  The lawsuit also indicates that the vice principal asked the student to not store his phone number in her cell phone contacts list.  Apparently, the exchange of messages, both through email and text, went on for years. While the extent of the topics discussed and the dialogue in the messages are not publicly known, one of the text messages included a question to the student of whether or not she was home alone.  The mother and family of the child is seeking compensatory and punitive damages.