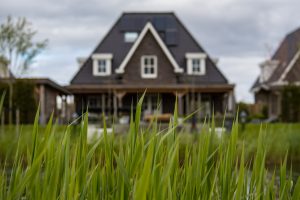 There comes a time in every young man’s life when he needs to move out of his parents’ house. Sometimes it may take a little push to get them out; but for the parents of thirty-year-old Michael Rotondo, it took a lawsuit to evict their son from their upstate New York home. After sending their son several ignored eviction notices, Christina and Mark Rotondo had no other choice but to file a lawsuit against their son.

The eviction notices often promised money and advice, urging their son to get a job, move his broken-down car, and sell some of his belongings to help pay for a new apartment. Instead of just throwing their adult son out on the street, Christina and Mark Rotondo offered assistance in their son’s transition from home to the real world. Other parents might not have acted so kindly.

In one of the eviction notices presented to Michael, his father encourages him to find work, stating there are jobs in the market that do not require a lengthy work history. Despite his father’s indication that he does not work, Michael claims he owns his own business. He did not wish to publicly elaborate further on the nature of his business or provide proof of income. Michael was willing to disclose, however, that throughout the past eight years, he was not expected to pay rent or lend a hand in the maintenance or cleaning of the home in which he resided. Naturally, a child who was used to a certain way of life for so long would experience feelings of confusion or helplessness with a court mandated eviction.

In the courtroom, Michael professed that a six month notice to quit was a reasonable amount of time to move, especially for someone who so adamantly relied on his parents’ support. Unfortunately for Michael, Judge Donald Greenwood agreed with Christina and Mark and insisted that Michael was provided more than enough notice to vacate the home. Since the beginning of this year, Michael received five eviction notices from his parents. While it is known that Michael does not speak to his parents and does not wish to mend his relationship with them, he will continue to occupy one of the bedrooms in their home rent free until the court makes a final ruling in the case. This setup is a recipe for an awkward situation. Michael assures the public that he wants to get out of his parents’ house, but he just needs more time.