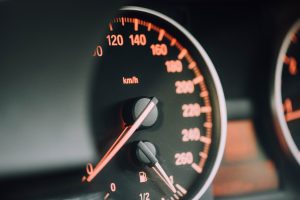 The long road to a settlement

The General Motors defect lawsuit, which was initiated four years ago, is reaching an inevitable settlement with the assistance of the General Unsecured Creditors Trust. The independent trust is handling the company’s bankruptcy, filed in 2009, and is now facilitating the settlement with GM customers. The automotive company exhibited deceptive tactics to hide flaws in the ignition switch and side airbags. There was a direct correlation between the defects and the many claims of car crashes and deaths. Currently, the parties involved in the lawsuit are calculating a resolution.

In particular, the proposed settlement will require the General Unsecured Creditors Trust to pay $15 million toward a settlement fund. The bankruptcy court would evaluate the value of the claims in the original lawsuit. If the court rules that the value is $10 billion or higher, the settlement would require a transfer of 30 million General Motors shares to the fund. The 30 million shares would equate to $1.14 billion. This amount would help cover costs associated with the accident and injury, and economic loss claims made by GM customers. If the value is determined to be less than $10 billion, General Motors would still need to provide shares to the fund, but it would be less than 30 million. The car owners who may benefit are those who purchased their malfunctioning GM vehicle before July 10, 2009. Almost 3 million General Motors car owners were impacted from the defects.

While it is dangerous to have potential issues with the function of a car, it is even more frightening that for 13 years, the car manufacturer covered up the fact that there were defects. General Motors failed to release recalls in an adequate timeframe. When the company did finally recall the vehicles affected, the number of recalls issued was astronomical. About 30 million cars were reported at risk of faulty ignition switches. The switches could shut off the engine during use, which would prevent airbags from inflating in the event of a crash.  Following the monumental legal settlement, General Motors may begin to rebuild a reputation as a reliable American corporation.