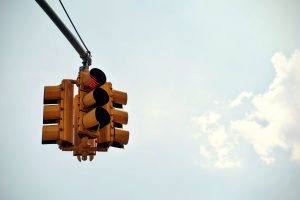 Garrett Hedlund is facing more than the devastation of separating from his partner and mother of his baby, Emma Roberts. Hedlund must also come to grips with the consequences of his actions that caused a January 2020 car accident, which left a mother and daughter extremely injured. According to records, which indicate that Hedlund slammed into another car at a red light, the actor’s blood level was elevated four times beyond the legal limit at .36. The victims in the accident have since filed a negligence lawsuit, claiming that Hedlund should have been educated on the dangers of driving while intoxicated.

To make matters worse, the actor also drove his vehicle with open alcohol containers and attempted to flee the scene following the crash. After he repeatedly tried to turn on his vehicle and leave, individuals were forced to step in and take his keys away. There are accounts that Hedlund’s breath and body reeked of liquor; and the cab of his vehicle emitted a strong smell of alcohol. Aside from the mother and daughter who were severely hurt, two additional minors were present in the car at the time of the accident. The plaintiffs are requesting a jury trial and are seeking punitive damages.

Directly following the accident, Hedlund refused a DUI test; however, hours after the incident, his BAC was tested and indicated that he was still well over the legal limit of .08. Although he was arrested in January 2020 for the incident, he was released on bail, his DUI charge was dismissed, and he pled no contest on one other count. Since then, Hedlund has received treatment, entered a 30-day residential treatment program, and completed a nine-month first-offender alcohol and drug education counseling program. The steps he has taken to illustrate his remorse and seek treatment were reportedly voluntary and initiated by the actor. Although his treatment plan was successful, he must now face the potential ramifications of this negligence lawsuit.