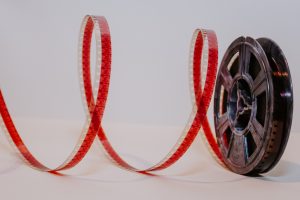 A superior court judge has granted Bam Margera the approval to continue his lawsuit against Paramount Pictures, Johnny Knoxville, Jeff Tremaine, and Spike Jonze. The lawsuit, which was filed in August 2021, may potentially delay the release of Jackass Forever, the fourth movie in the painfully hilarious stunt franchise. Initially set to hit theaters on February 4, the movie has already been subjected to interruptions due to the COVID-19 pandemic. Margera is alleging that he was illegally fired from participating in the movie and was treated poorly in relation to a required wellness program.

According to the lawsuit, Margera claims that he was forced into a rehab facility and, by a doctor that was hired by production, was treated with various pills. In addition, Margera alleges that he was let go for testing positive for Adderall, but asserts that he was prescribed that medication. Production, however, challenges Margera’s claims, as the skateboarder allegedly admitted to purchasing the pills illegally. By asking Margera to sign a sobriety and wellness contract, production intended to ensure that Margera, who has dealt with prior substance use issues, would participate in the movie on a safe and healthy basis.

Initially following the signing of the wellness contract, the course of production was promising, but derailed only a few months into filming. Margera allegedly breached his contract, failed to meet with his sobriety team, and delivered public and private threats to Jeff Tremaine and Tremaine’s family. Margera has made it clear that he is not only seeking compensation for unpaid wages and his contribution to creative content, but wishes to draw further awareness to the proper handling of employees with addiction problems. This most recent legal battle serves as an additional kink in the plans to deliver to the audience a fresh array of self-inflicted Jackass stunts. The public has not been subjected to this comedy since the last installment in the franchise, released over a decade ago.