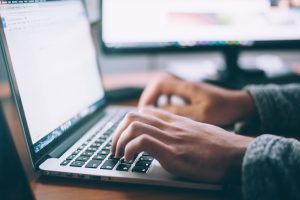 Google may list an additional antitrust lawsuit to its resume of accomplishments, as three states and the District of Columbia have filed claims, alleging that the technology company deceived users into believing that they could disable location tracking functions. Despite viewing the message that “You can turn off Location History at any time. With Location History off, the places you go are no longer stored,” Google users were apparently tricked into revealing more of their data. From 2014 to 2019, Google used the collected data for advertising purposes and profited from the deception.

In addition to the District of Columbia, Indiana, Texas, and Washington State have reported the antitrust violations and contend that Google’s location settings break state consumer protection laws. In particular, Google failed to provide a clear depiction of how much data it was collecting from users and created settings that have been described as “misleading, ambiguous and incomplete.” Rather than affording transparency to consumers, the presentation of settings confused them and led them to form an understanding that they were able to completely turn off location tracking. Essentially, it is impossible for consumers to prevent Google from tracing their Internet activity.

According to the complaints filed, Location History, Web & App Activity and Google Ad Personalization serve as three areas of location tracking and function independently of one another. Google also allegedly uses information gathered from Android devices and the Google weather app. Other sources that are at risk of Google oversight are activity on particular IP addresses and search engine queries. While some may not categorize this type of consumer tracing as invasive, others define it as one of the most sensitive pieces of information that may be collected about an individual. The location tracking of users may reveal unique patterns and routines in a consumer’s daily activity, which may further identify characteristics such as political affiliation and income status. Google has denied the allegations and assures the public that the company’s recent modifications offer less precise data collection capabilities.