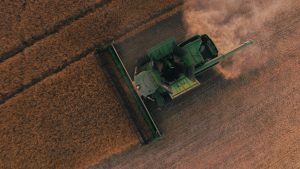 As customers peruse the endless gift options available on Amazon for the upcoming Holiday season, they may come across items that should not be purchased by the average shopper. For example, industrial-grade pesticides have remained the topic of a dispute with Amazon and the Attorney General’s Office in Washington State. According to a lawsuit filed in 2018, Amazon granted thousands of transactions of agricultural and industrial-use pesticides to customers, without presenting a clear representation that the pesticides should not be used for average home garden use. In fact, these higher-grade pesticides differed considerably from widely available products that might be found at Home Depot or Lowe’s.

The Attorney General’s Office blamed Amazon for allowing these products to be illegally sold on its marketplace from 2013 to 2020. If used incorrectly, the pesticides could cause neurological damage in humans and could produce a negative environmental effect. For example, the pesticides could lead to groundwater contamination and could contribute to the fragile conditions of endangered and threatened species of wildlife, including Washington’s Chinook salmon and orcas. Despite these potential effects, Amazon has assured the public that customers have not contacted the company about any complaints pertaining to an impact on the environment or personal health.

Based on Washington state law, in the event that these industrial-grade pesticides are placed for sale, the seller must possess and show proof of a license that permits them to sell the product. In addition, in case they are asked to disclose transaction reports in the future, they are also instructed to record information about the buyer. If buyers wish to purchase some of the most dangerous or extremely hazardous pesticides, they must show that they have a pesticide applicator license. Although Amazon has not admitted to any wrongdoing, the company has agreed to a $2.5 million settlement with the Attorney General’s Office and has committed to take adequate measures to ensure compliance in the future.