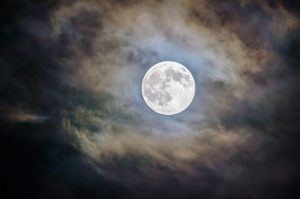 Fight to the moon

Following a protest initiated by Jeff Bezos’s Blue Origin space organization, a lawsuit was filed. In the protest, Blue Origin sought to draw awareness to the apparently biased decision of NASA to afford a $2.9 billion contract to Elon Musk’s SpaceX. The subsequent lawsuit, which was filed two weeks after the protest in August 2021, aimed to allow a space in the contract for Blue Origin to participate in the opportunity to return to the moon. If the lawsuit resulted in the favor of Blue Origin, NASA would be obligated to fund the operation of a second spacecraft, commanded by astronauts, to and from the moon. In November, however, a judge ruled against the lawsuit.

Based on the federal judge’s decision, now, only SpaceX may proceed with the plan to facilitate the return of astronauts to the moon. The ruling, although respected by Bezos and Blue Origin, dampers the company’s “Blue Moon” project, which was first introduced in 2019. However, in 2017, Jeff Bezos first contacted NASA about the possibility of engaging in a lunar landing project for cargo. At that time, NASA had not issued a formal request for individuals or companies to submit moon-landing proposals. Bezos had committed a large portion of his personal assets to funding the construction of the project.

Following initial bids, NASA awarded the largest contract to Blue Origin for $579 million. A defense contractor, Dynetics, was promised $253 million, and Elon Musk’s SpaceX received $135 million. Despite the large allowance of funding in this initial phase, NASA announced in April 2021 that there was not enough funding available to aid each company to spacecraft completion. NASA had decided that only one of the companies might continue its efforts to bring new astronauts to the moon, a feat that has not been achieved since the Apollo mission in 1972. Despite Blue Origin’s attempt to force NASA to reconsider the option of sending two vessels, the company has lost traction in the fight to return to the moon.