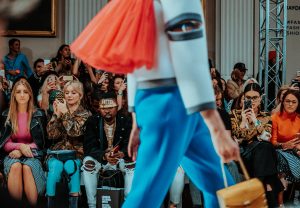 Unpaid internships – not a fashion trend

While many internships are successful in providing applicable experiences, other internships are an excuse to hire free workers. Former Gucci America Inc. intern, Lindsey Huggins, did not agree with this unpaid element for her internship, which resembled a full-time job. The tasks she was given, such as answering phones, assisting customers, and taking down orders, represented those of a minimum wage employee. Huggins argued that, if not for the unpaid interns, the company would have had to hire and pay employees to fulfill those job duties.

The initial lawsuit, filed by Huggins on November 8, 2014, accused Gucci of committing wage theft and violating New York minimum wage labor laws. The lawsuit reached class action status and eventually led to mediation stages on May 27, 2015. While Gucci refrained from taking responsibility for the claims presented in the lawsuit, the opposing parties agreed to a settlement. A final hearing is set for August 15, 2017, where a judge will determine if the terms of the settlement are fair.