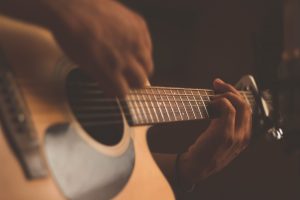 If Lisa Marie Presley gets what she wants, her former business manager will be dancing to the jailhouse rock. The daughter of music & American icon Elvis Presley is suing Barry Siegel for allegedly squandering away the Presley family’s hundred million dollar fortune. The lawsuit, filed in California, states that the Provident Financial Management and specifically Siegel “enriched himself with exorbitant fees”. The business manager then turned around and counter-sued for $800,000 and claims that Lisa Marie has extravagant taste and poor spending habits. Reports claim that the Presley fortune, once worth over $100m USD, is now down to around $15,000. A main recommendation from Siegel to Lisa Marie was an investment in the financial firm behind American Idol, an investment that eventually went bankrupt and turned about $25m in stock to about $500k almost overnight.

Reports also claim that Siegel repeatedly told Lisa Marie that her finances were in good shape, even though he was allegedly losing money hand over fist. A court date is scheduled later in the summer. Earlier this year, Lisa Marie announced that she was severely in debt, to the tune of almost $15m. She is on her 4th marriage, after previous marriages with Michael Jackson and Nicolas Cage. She was only 7 years old when her famous father died in 1977 after a shortened music career.

Elivs Presley rose to American superstardom in the mid-to-late 1950s, with the release of songs such as “Heartbreak Hotel” and “Blue Suede Shoes”. Presley took the country by storm  with a unique brand of country-infused rock n roll, and a yet-to-be-seen level of sexuality. He was drafted by the United States Army in the late 50s and served in Germany overseas. Addiction and health issues let to an early death at the age of 42, but Elvis left his stylish impression on the U.S. forever. Graceland, Elvis’ mansion in Memphis TN, is one of the most popular tourist destinations in the heartland of America.