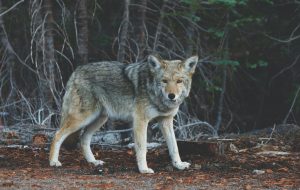 Pocatello, Idaho is known for its moderately cold winters, outdoor activities, and metropolitan light life.  The Bannock County seat is also home to Pocatello Supply Depot, a manufacturer of M-44 cyanide devices.  These items are used to kill off predators of livestock, such as coyotes, but have also injured people and pets.  In response to this environmental dilemma, wildlife activist groups have filed a lawsuit against the US Department of Agriculture, Forest Service, and the Bureau of Land Management.  The US Department of Justice is handling the case for the defense.

Western Watersheds Project is one of three plaintiffs named in the lawsuit.  The groups are seeking to stop the US government from allowing this poison to be used as weapons against animals.  To the groups’ dismay, the killings include 68,000 coyotes, 84 wolves, and 14 black bears. Of the 68,000 coyotes throughout 48 states that have fallen victim to the poisonous spray, 2,900 of them were in Idaho.  The wildlife groups claim that outdated scientific research is the reason behind the continued use.  Updated scientific evidence suggests that the integration of the cyanide devices in the environment are not directly correlated to a decline in livestock deaths. Similarly, Pocatello Supply Depot is accused of not mandating a current analysis on the possible effects of the poison on the environment and the surrounding communities.  The cyanide devices mimic the resemblance of a sprinkler head fastened into the ground.  When animals are attracted to the bait, the mechanism releases a poison that kills the animal that tripped the device.  While this method may appear seamless and effective to some who wish to save livestock, others do not agree, and are concerned for public safety.  A similar lawsuit was filed in 2017, following the death of a family dog and the injury of a 14-year-old child.  While this incident was one effect of the poison produced by Pocatello Supply Depot, there is a growing concern for others in the area or wherever else these devices are used.