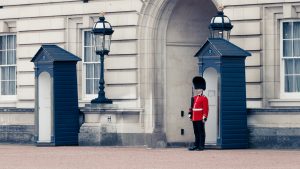 In an effort to rid her life of the press and paparazzi, Meghan Markle might have to first fully submerge herself into the limelight with this most recent lawsuit filed against Associated Newspapers.  Based on claims of both privacy violation and copyright infringement, Markle is accusing the news publisher of breaking UK data protection laws.  The accusations stem from a letter written by Markle to her father, with whom she remains estranged.  Markle may be forced to testify against her father at some point in the case.

While Markle’s legal team is hopeful that they will find success in the copyright infringement portion of the lawsuit, they may run into a roadblock in proving a privacy violation was committed.  In particular, the level of privacy Markle thought she was afforded will come into play.  Despite her attempts to separate herself from the royal family, as a figure in the public eye, Markle arguably might not assume complete privacy.  In her testimony, Markle may have to provide evidence of how the leaking of the private letter has affected her life in a negative way.  While naturally, one may realize how impactful such an act might have on an individual, the public tends to forget that those in the spotlight feel emotions and the consequences of privacy invasion.

At a hearing that took place in early May, a judge refused to permit part of Markle’s argument that the actions committed by Associated Newspapers was a deliberate attempt to place a further strain on Markle’s relationship with her father.  Given this hurdle, Markle is reportedly ready to be cross-examined in order to justify her accusations.  While this result in the May 1stcourt hearing was not to be expected by Markle’s team, her lawyers are confident that they will see triumph in the end.