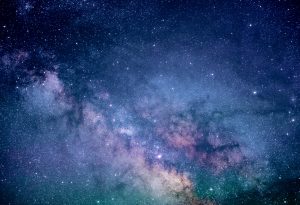 Out of this world

Since 1986, American Girl Doll has become a household name.  The 18-inch dolls bear likenesses of young girls with different ethnicities, and the persona of each doll is developed into a character.  The introduction of the aspiring astronaut doll, Luciana Vega, in 2018 has caused more damage than intended. According to a recent lawsuit filed against American Girl Doll and its parent company Mattel, the Luciana doll is based off of a real person.  Lucianne Walkowicz did not approve of the representation and is suing the doll maker for trademark infringement.

While the amount of compensation Walkowicz is seeking has not been disclosed to the public, it will include punitive damages. Walkowicz is also asking Mattel to cease its availability of the Luciana doll for purchase.  Based on Walkowicz’s claim, the doll is strikingly similar to the real-life version, from the purple streak in her hair to her fashion sense. The doll’s last name even pays homage to her life’s work with the star Vega.  An astronomer by occupation, Walkowicz has devoted a good portion of her career to working with NASA and has led public appearances on her support for Mars exploration.  The doll’s character shares a similar desire of growing up to become an astronaut and travel to Mars.

Lucianne Walkowicz, currently employed as a TED senior fellow with the Adler Planetarium in Chicago, is not taking the matter lightly. Rather than viewing the doll’s image as a case of flattery, the defense team for Walkowicz is developing a claim of theft.  American Girl Doll and Mattel took Walkowicz’s identity without permission and transformed it into a pint size doll.  The defense has referenced a few meetings with Mattel in an attempt to resolve the legal matter, however, the discussions have proven somewhat pointless.  Neither party has yet to reach an amicable decision with one another; and given the direction of the most recent events in the case, the matter may be handled in the courtroom.