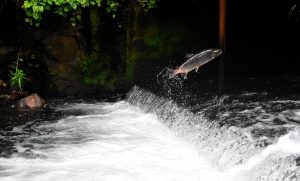 As the war on climate change continues to heat up, some conservationists are perpetuating their opposition against the presence of dams and the seemingly negative effects these structures impose on natural wildlife and food sources. Those who are in favor of dams, however, are adamant that external factors serve as the likely causes of natural species shifts and value the important benefits offered by dams, including hydropower, river navigation, and irrigation. As part of a battle that has spanned the course of over 20 years, conservationists in the North West are now seeking to stay, or pause litigation, which would allow time for parties to develop adequate solutions to protect the local salmon.

The Columbia River Basin is the location of the four dams under scrutiny, including Ice Harbor, Little Goose, Lower Monumental, and Lower Granite, which run along Washington state’s Snake River. According to conservation groups, these dams are allegedly impeding on salmon runs and impacting the potential likelihood of extinction. Arguably, the dam turbines restrict safe passage for the salmon to travel through rivers. In order to reach the Pacific Ocean to mature and grow, young salmon migrate through these river paths and are pushed to their destination by high volumes of water. According to the opposing argument, which includes those who frequently use the river, breaching the dam is an inadequate solution for protecting salmon, as other attributing factors may be the cause, such as changing ocean tides.

The federal lawsuit was filed against Bonneville Power Administration, U.S. Army Corps of Engineers, U.S. Fish and Wildlife Service, Bureau of Reclamation, and the National Marine Fisheries Service. Various fishing and wildlife conservation groups, as well as the Nez Perce Tribe and the state of Oregon, are in favor of issuing a significant increase in water flow through the dams, which is a plan that the defendants strictly dispute. To allow the opportunity for the impacted parties to reach a reasonable resolution for salmon protection, the conservationists are requesting the court to allow a stay in litigation until July 2022.