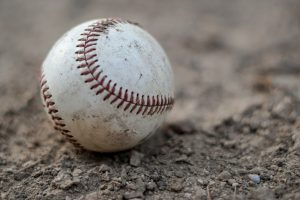 In light of the upcoming third game of the World Series featuring the Houston Astros and the Atlanta Braves, a separate MLB baseball team is facing legal trouble. The former Cleveland Indians intend to adopt the Cleveland Guardians moniker in the 2022 season. Following this announcement of the baseball team’s newly adopted name this past July, the Cleveland Guardians roller derby team have alleged trademark infringement. One of the key pieces to the roller derby team’s argument is the perceivably hidden manner in which the trademark rights were obtained, which has contributed to the team’s frustrations and need to file a lawsuit.

According to court documents, the MLB team filed its new trademark application in Mauritius, an East African island nation. This discovery helps establish the complaint that the baseball team allegedly secluded from the public the intent to fraudulently claim exclusive rights to the new name. Prior to this attempt, the former Cleveland Indians contacted the roller derby team and offered what was described as a “nominal amount” of money in exchange for the rights to the desired name. The roller derby team denied the proposal and has maintained the fact that since 2013, this smaller athletic organization has been known as the Cleveland Guardians.

Within the lawsuit, the plaintiff challenges the decision to allow two teams in Cleveland play their designated sport under the same name. The fact remains that the roller derby team name was established first, and there are appropriate ways to determine which names may already be assumed. For example, a simple Google search would have allowed the defendant to plainly see that the Cleveland Guardians already exist in Cleveland, Ohio. The apparent disregard for another team, no matter how small, may not excuse the former Cleveland Indians from answering to complaints in court or before a judge. The plaintiff is seeking damages and an injunction to stop the name change.