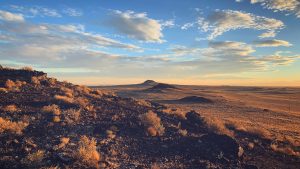 A famous Hollywood actor is the subject of recent lawsuits tied to the unfortunate shooting that took place on the “Rust” movie set in New Mexico. On October 21, Alec Baldwin pulled the trigger to a gun that he was told and believed to be cold. The devastating conclusion to Baldwin’s firing resulted in the death of cinematographer, Halyna Hutchins and the injury of director, Joel Souza. According to the script supervisor, Mamie Mitchell, who has filed the most recent “Rust” lawsuit, this incident was not the first weapons-related accident on set. Reportedly, one of Baldwin’s stunt doubles accidentally misfired a weapon and a prop master mistakenly shot herself in the foot.

Mitchell contends that the lack of safety measures on set created an environment that was likely to present injuries. She is suing for monetary compensation, and claims that she has suffered emotional and physical harm and has not worked since October 21. Mitchell accuses the armorer of allegedly leaving the gun on a rolling cart, unattended, during a lunch break. Allegedly, Baldwin picked up the gun to engage in a game of Russian Roulette and acted on the words of an assistant director, David Halls, who called “cold gun,” before it was shot. Mitchell claims that Baldwin did not check the gun, nor did he consult with the set’s armorer about the condition or state of the gun. Legal counsel for Halls defends that it was not the assistant director’s role to declare the gun cold.

While Mitchell was the first person to call the police after the incident, she is not the first party to file a subsequent lawsuit. The chief lighting technician, Serge Svetnoy, has suffered from emotional distress and intends to hold several parties accountable, including Baldwin, Hall, the armorer, and additional production members. Mitchell filed her lawsuit about a week after Svetnoy, and has also named Rust Movie Productions, LLC as one of the defendants. One of the biggest concerns stemming from this tragedy is the negligent disregard for safety and the lack of compliance measures taken to ensure that all lives on set were valued and protected.