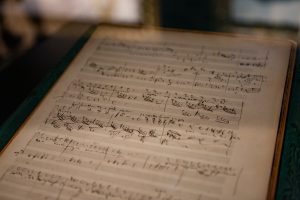 Just like the common cold, pretty much everyone has had Bieber fever, but apparently people are immune to the epidemic. Two songwriters, Devin Copeland and Mareio Overton, filed a complaint in U.S. District Court in Virginia against the pop star. Justin Beiber and Usher are facing a $10 million lawsuit for supposedly stealing song “Somebody to Love.” Back in 2009, Copeland and Overton claim that “Somebody To Love” was presented to Usher and Jonetta Patton, Usher’s mother, who also plays the role of his manager from time to time, by music scouts. They state that copy was never returned and that they never heard back from Jonetta or anyone associated with the company.

Usher first recorded a demo track and first and uploaded it to YouTube, but then decided to use it as Justin’s single. When “Somebody to Love” was released, it went to number 15 on the charts and instantly became a hit. Overton first heard the song on the radio and immediately contacted Copeland and to inform him of the situation.

According to an article by Annie Youderian in the Courthouse New Service, Copeland and Overton want Beiber, Usher, his mother, the Stereotypes and a slew of music companies to pay $10 million plus punitive damages for direct and vicarious copyright infringement. Overton and Copeland will not settle unless proven in court that they deserve less and have facts and statistics to prove what they deserve.

“There is essentially a zero probability for the number of points of congruence between the two versions of ‘Somebody to Love,'” Copeland and Overton said. As for Justin Bieber’s stance on the complaint, he has been informed but no official statement has been released. In the music business, copyright suits are not uncommon and can vary from a big payout or can easily be dismissed.