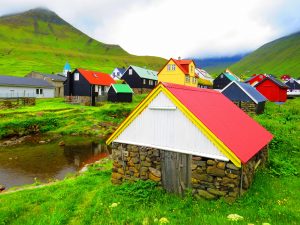 In a town 25 miles south of San Francisco, CA, a home sits as a page out of history. The Hillsborough homeowner, Florence Fang, has settled a lawsuit that was initiated in 2019. Following the issuance of three “stop-work” orders, the town of Hillsborough filed a claim against Fang, alleging that she needed work permits to continue the construction of various Flintstones memorabilia and statues on her property. In response to the lawsuit, Fang filed a counterclaim that accused the town of engaging in discriminatory demands and practices. Although both parties reach a friendly and agreeable resolution in April 2021, a gag order prevented the release of the information pertaining to the case details.

According to the terms of the settlement, Fang is allowed to keep her dinosaur statues, replicas of characters from the popular 1960’s cartoon, and a large “Yabba Dabba Doo” sign. She is not required to demolish any of the structures or statues, but must apply for permits for alterations made to the exterior of the home. When Fang applies, these permits are guaranteed for approval, pursuant to the terms of the settlement. In addition, Fang will be awarded $125,000 in damages, which must be applied to cover the cost of litigation and additional fees associated with the lawsuit. As part of the settlement, Fang was also ordered to drop her counterclaim.

Fang’s alterations to her home and the surrounding grounds were not necessarily constructed from her initial vision, but were built as additions to an existing purple and red domed house that was designed in 1970 by William Nicholson. Following a lengthy vacancy, Fang purchased the property in 2017 for $2.8 million. The home, referred to as the “Flintstone House,” is a recognizable feature of Northern California and may attract the attention of onlookers and travelers.