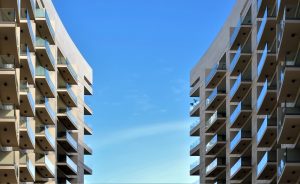 As rescue and emergency workers continue to search for survivors in the rubble of the pancaked Champlain Towers South in Surfside, Florida, the building’s condo association has received notice of a $5 million class action lawsuit related to the collapse. Filed by Brad Sohn Law Firm, the claim alleges that the condo association failed to address pertinent safety measures and neglected to act quickly to repair the structural issues that were previously identified. The lawsuit also focuses on the probability that if the condo association maintained ordinary care of the building, then the loss of life and property might have been prevented.

A day before the collapse, a resident commented to her son that she heard creaking noises in the building. This observation confirms suspicions shared by some of the other residents, who were not certain of the stability of the condo, but were never told otherwise by the condo association. At the time of the incident, the condo was undergoing roof repairs, and a standard recertification process necessitated electrical inspections. The building was about 40 years old and 12-stories high. Allegedly, since the 1990s, the building had been shifting 2 millimeters per year. Although speculations have been made concerning the cause of the collapse, definitive answers have not been delivered to the public.

An owner of one of the 136 units, Manuel Drezner is named as the plaintiff and is also acting on behalf of the other residents who have been similarly impacted. The lawsuit will help to compensate for the loss of loved ones, the misplacement of homes, and the suffering of injuries. The law firm handling the case acknowledges that the lawsuit cannot bring back those who have died or repair property that has been destroyed, however, the compensation received will help families to rebuild their lives and heal from the tragedy. While 150 individuals still remain unaccounted for, nine people have been confirmed deceased.