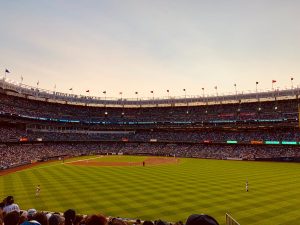 The incomplete construction of the Dunkin Donuts ballpark for the minor league team, Hartford Yard Goats, has led to a $90 million lawsuit against the City of Hartford, CT. The developer hired for the project, Centerplan, claims their contract with the city was unjustly terminated. The city contends that Centerplan missed deadlines to complete the project, made changes to the original plans, and produced several mistakes in the building of the new ballpark. Centerplan blames the city for their delays and the alteration of certain aspects of the original plans. The lawsuit has already progressed to the trial level, and an anticipated verdict will be heard by the end of this Friday, July 5.

According to the lawsuit, Centerplan was informed by the city that the date of expected completion of the project would be pushed back from March 2017 to May 17, 2017.  An additional $5.5 million was added to the budget to compensate for the modifications. The City of Hartford claims the delay was due in part to Centerplan’s mistakes and miscalculations in planning that required consistent updating.  One example provided was the need for additional lighting and outlets as a result of Centerplan adjusting ceiling designs.  While Centerplan needed the approval of the city in order to proceed with any alterations, the city argues that the so-called changes were already authorized on a prior date.  Coupled with the threat of ceasing the entire project if unsigned, Centerplan forced the city to contractually approve the developed plans.

Despite the city’s compliance with signing the approvals, Centerplan was terminated from the project in June 2016. When another contractor took over building the ballpark, the company noticed numerous mistakes made by Centerplan that required additional labor and expenses to fix.  In Centerplan’s defense, the city failed to provide necessary signatures in a timely manner, which ultimately prevented the company from finishing the construction on time.  The city rejects that notion and insists that if Centerplan had not made so many errors, then the ballpark would have been open for business by the first game of the season on May 31, 2016.