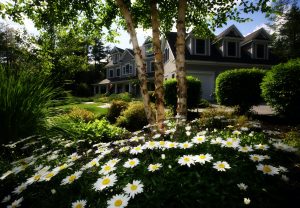 For those who are dedicated fans of The Real Housewives reality show franchise, we can relate to tuning in every week for the latest drama of five to eight women from all regions of the country.  Since 2006, Bravo has focused on the lives and interactions of affluent women and their families in New Jersey, Dallas, Potomac, Orange County, New York City, Atlanta, and Beverly Hills.  Let’s not forget the DC ladies who powered through one season.  Their husbands and significant others play minor roles in these shows, however, one husband has recently emerged in the spotlight regarding an ongoing legal battle.

Mauricio Umansky, husband to Kyle Richards of The Real Housewives of Beverly Hills, is accused of engaging in fraudulent business dealings connected to his luxury real estate company, The Agency.  The Vice President of Equatorial Guinea, Teodoro Mangue, hired Umansky to sell his 15,000-square-foot Malibu Mansion.  According to the lawsuit, the selling price of $32.5 million was lower than other bids received.  It was not until after the mansion was sold in 2016 that Mangue became aware of the deal and the other, much higher, offers.  He argues that Umansky worked with the buyer in renovating the home, to then be sold for $69.9 million. An arrangement such as this would leave Umansky with a $37.4 million profit.

After the lawsuit was filed, Umansky attempted to provide enough evidence in his favor to have the case thrown out.  To support his proposal to have the claims quashed, Umansky focused on Teodoro Mangue’s misappropriation of Equatorial Guinea funds to originally purchase the Malibu mansion.  As a result of Teodoro Mangue’s illegal activities, the home was seized by the United States government.  The judge assigned to the case, however, does not agree that Umansky’s counter arguments overshadow his own alleged fraud and ruled that the lawsuit will continue.  Umansky maintains his innocence and plans to offer a strong defense in the courtroom.