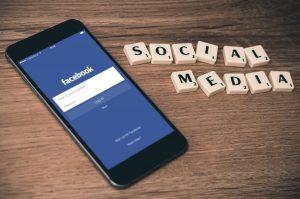 Jamie Spears is striking back at blogger and “Absolute Britney” website developer, Anthony Elia.  In a lawsuit filed recently, Jamie Spears, who has served as Britney Spears’ conservator since 2008, alleges Elia inflicted malicious intent to defame him. In Elia’s blog, he concocts conspiracy theories about Jamie’s apparent power over Britney.  Two theories include Jamie’s misrepresentation of Britney on her social media accounts to make her appear crazy, and not allowing Britney to regain control over her own life.  The blog has evolved into a “Free Britney” campaign, attracting many followers.

The lawsuit, filed in Los Angeles, references a June 14 post connected to “Absolute Britney” that claims Britney’s Instagram account is not managed by the popular singer, but rather, by her conservator father. The statement reads, “Britney’s team is deleting positive comments on her Instagram post and leaving negative ones to keep up the illusion that she needs help!…This has to be a human rights violation!!!!”  Due to the false and harmful claims made in the post, Jamie Spears is now looking for a judge to permanently stop Elia from writing about his conservatorship over Britney.

Elia, who has not commented on the recent lawsuit, appears to be a big supporter of Britney and wants her to be freed from whatever control her father apparently has over her.  The conservatorship began in 2008, following Britney’s infamous head shaving incident in a salon.  The decision to shave her head stems, in part, from the grief she experienced after the death of her aunt.  Since then, her father, Jamie Spears, has maintained guidance over her affairs.  According to one of her allegedly tampered-with Instagram posts, Britney is still not well and has checked herself into a mental health facility for self-improvement.