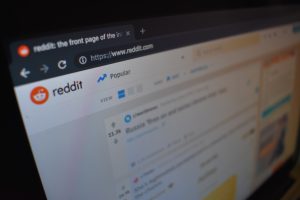 Found on Flickr with only a few rights reserved.

It’s quite suspicious that, Co-Founder of Reddit and RSS, Aaron Swartz, committed suicide this weekend in his Brooklyn, NY apartment.  It’s even more disturbing to hear that he had been facing charges under the Computer Fraud and Abuse Act where he could have been potentially seeing 35 years in prison and up to $1 million dollars in fines.

Aaron Swartz believed that the Internet and its users should have access to all and every free information.  He was a huge advocate of acquring, “open access to the world’s information.”  He was first investigated by the FBI in 2008 for downloading and releasing 20 million documents from a database PACER.  Charges were dropped but he was investigated again in 2011 for the same acts to the MIT database.  He had downloaded over 4.8 million documents and academic articles from JSTOR, MIT’s computer network.  His family and girl friend think that his death has more to do with the charges he faces under the CFAA.  He was diagnosed with depression but this is overlooked when the family released a statement that, “his apparent suicide was ‘the product of a criminal justice system rife with intimidation and prosecutorial overreach.'”

Aaron Swartz had worked on a number of projects, one of them being Creative Commons and Flickr photography.  After his involvement with Creative Commons he became an internet activist putting himself up there with WikiLeaks and Anonymous.  He spoke out against SOPA and ACTA, that directly puts a stop to online piracy and shuts down websites that are violating copyrights.  Swartz was an inspiration to most and had a strong following on the open forum, Reddit, which he helped create.  It is a shame that a true innovator and groundbreaker has passed, but hopefully someone can step up in his place and continue his goals for an internet with free information.