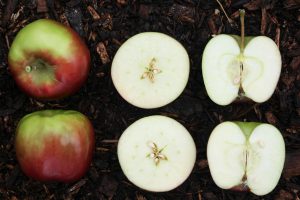 Are poisoned apples covered under Obamacare?

Many businesses have struggled to stay afloat during these trying economic times.  Amidst the recent campaign season, the buzz was surrounded around middle-class America and small businesses, but we are slowly learning that small businesses aren’t the only ones hurting.  Zane Tankel, chairman and CEO of Apple-Metro and owner of 40 Applebee’s restaurants expressed his concern for the Applebee’s chain to the Fox Business Network.  Due to the Affordable Care Act, more commonly known as Obamacare, businesses who employ more than 50 people must provide each employee with an approved insurance plan.  The penalty for not providing insurance is a $2,000 fine for every worker over the 30 worker mark.  Tankel’s smallest Applebee’s staff consists of at least 80 employees, so you can see why he’s upset.

Although nothing is certain just yet, Tankel has hinted at reducing the hours for many employees down to a part-time level to avoid paying the mandated insurance while still being ineligible for the $2,000 penalty.  Whether Tankel provides the government mandated insurance or pays the penalty for not providing it, it appears Applebee’s will be in a state of limbo for the next few years.  Tankel mentioned that the chain may not be able to remodel or expand due to the tightening of their paper thin budget.

I can’t pretend to understand the economic crisis The United States is experiencing because I am far from an economist.  However, I am very curious about what the health insurance situation would be like for Applebee’s employees without Obamacare.  Would these workers simply not have any health insurance, living day by day like a roll of the dice?  This makes me wonder about what the health care coverage was like for waiters prior to Obamacare.  I’m also curious as to why this is suddenly an issue, especially if The Patient Protection and Affordable Care Act was passed on March 23, 2010.  What’s been going on since then?  I fear that we may be hearing about this issue on a conservative network due to the recent reelection of a Democratic President.

I’m not saying this isn’t an issue worth investigating, I’m just wondering if the people who addressed the issue have a better solution (for all parties involved).  Plus, I would love to hear the point of view of an employee in the restaurant industry.  If anyone can shed some light on this issue feel free to leave a comment, I’ll make sure Obama gets the message.

2 thoughts on “Obamacare Takes a Bite Out Of Applebee’s”