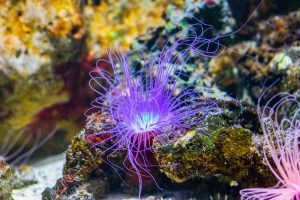 Meteorologists claim that this storm, which started as a tropical cyclone in the Caribbean, has morphed into a record breaking behemoth due to the deadly trifecta of warm Caribbean waters mixing with a cold front during a full moon.  Those of us who experienced the wrath of Irene 14 months ago are starting to wonder if hurricanes are becoming the norm for us.

Sandy has already drowned parts of the east coast as it made landfall early Monday.   The majority of Jersey shore towns are already experiencing extreme flooding as ocean levels rise and rain pours down.  Things are only expected to worsen as the night goes on due to the unusually high tides occurring during this full moon cycle.  The tides are expected to begin peaking around 8:30 PM Monday.

If there are any property damage lawyers reading this, you should prepare yourselves for a busy couple of weeks.  Insurance companies are anticipating billions of dollars in property damages from this storm.  When Irene tore up the east coast, it caused over $19 billion in damages, ranking 5th all time most costly storms in the United States.  However, Sandy is expected to shatter that number.  This storm will effect 60 million Americans leaving at least 10 million without power for an extended period of time.  Property damage is inevitable with a storm this size.  So even while working from home, property damage lawyers better be preparing for the busy weeks ahead.