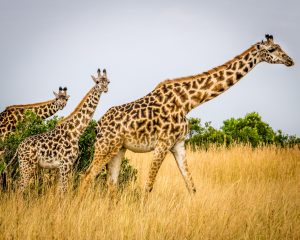 Have you ever been to a zoo? There are tons of exotic animals like those you’d find on safari all walking about, living their lives, almost oblivious to the fact that they’re being watched. You might also notice signs like “Keep Out” or “Do Not Touch The Glass”, which are most likely for your own safety. Well, Google recently decided to overlook these warnings and delve a little deeper into Safari itself — that is, Apple’s internet browser. A purported breach of privacy settings has resulted in a settlement that will cost Google somewhere around $22.5 million.

In what could be referred to as the unstoppable force meeting the immovable object, Google will pay a fine of $22.5 million to settle Apple’s claim that they were mining information from Safari users. By placing “cookies”, or internet tracking tools, on users’ computers, Google was able to record data used by Safari users on all formats, including PCs, Macs, iPads, and iPhones. Google is standing strong on the issue, stating that this was a mistake brought on by changes Apple themselves made to Safari in 2010. However, considering Google is such a giant in the industry, coupled with the fact that they’ve agreed to settle and essentially brush the problem under the rug, this makes one wonder just how transparent and righteous Google really is.  Especially since they’ve claimed “accidental” illegal data gathering before.

Of course, the apologist in all of us would be happy to believe Google’s story.  Though, to be honest, it just doesn’t hold water. The real question is not why Google overwrote Safari’s privacy settings and placed cookies in the browser, but more what they did with this information. Speculation states that they might’ve engaged in targeted advertising of these users, which would make a lot of sense from Google’s business standpoint, albeit not from a moral one. At the end of the day, I would imagine Google feels that the fine is probably worth the information gathered and marketing opportunities presented over the past 2 years. After all, Google is set to generate upwards of $45 billion in revenue in 2012, which makes $22 million almost seem like a joke.