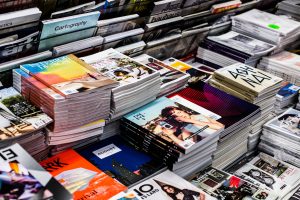 It’s puzzling how ragmags can hide behind the First Amendment and get away with publishing outlandish headlines and blatant hurtful lies.  Take a trip down the checkout aisle and you’ll see some outrageous headlines.  You have “John Travolta’s Cross Dressing Scandal”, next to that, the gut-wrenching “Brad & Angelina Twins Health Shocker: Tragic Down Syndrome”, and right before you can whip out your wallet, you are overcome with disgust when you still see headlines regarding the disappearance of Natalee Holloway.  You might ask yourself, “how can these magazines publish such lies, and seven years going, no less?  Isn’t this libel?  And what about that poor girl’s still-living mother?”  Well, after nearly a decade of enduring near-daily assaults on the memory of her daughter, Beth Holloway is ready to fight back against tabloids.

In 2005, while on vacation with her High School class, 18-year old Alabama beauty Natalee Holloway disappeared a day before their departure from the resort island of Aruba.  The media latched onto the story for its inherent mystery and tragedy.  The less reputable outlets, e.g. ragmags, capitalized on the infamy of the story by publishing paranoiac speculation.  For a good stretch between 2005 and 2010, the National Enquirer habitually devastated the Holloway family by posting headlines like “Natalee’s Body Found”, “Shocking Death Scene Photos”, “Natalee‘s Body in a Tomb”, which included images of a cemetery.  All of these stories, by virtue of the fact that Holloway was never found, were not nearly true.

Seven years removed from the worst day of her life, Beth Holloway still sees tabloid headlines about her daughter, making the mundane chore of grocery shopping an absolute nightmare.  As if the constant reminder at the checkout counter of her daughter’s tragic death wasn’t bad enough, this mother drew the line when headline after headline was so obviously untrue.  Fed up, Holloway has filed a lawsuit accusing the magazine and its publisher, American Media Inc., of printing “false headlines, articles and statements.”  The lawsuit, filed in Holloway’s hometown of Birmingham, Alabama, claims American Media Inc. knew statements used in stories were false when they were published”, including the claim that the main suspect in the case had a “‘secret hand drawn map’ to Holloway’s grave.”

At this time, monetary details regarding this lawsuit were not made public.  American Media Inc. was not available for comment.
CJoyce on Google+