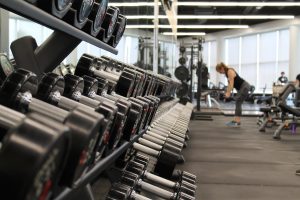 When you purchase the services of a personal trainer, you hold an expectation that they have an idea or two about what’s good for your health and that their supervision over unfamiliar workouts comes with a certain expectation of safety.  A New York woman found out the hard way that this is not actually true.  The woman was exercising with her personal trainer, presumably pumping mad iron, when the trainer advised her to try out a new exercise using strange equipment or on a machine of some sort (the press release from which I found this story is a bit lacking in specific detail).  She was hesitant at first because she had never done the exercise before, but continued anyway after the reassurance of her trainer.

During the course of the exercise, the woman’s foot got caught on a piece of equipment, causing her to fall backwards and fracture both of her wrists, in what you may call a “worst case scenario” or “casual gymgoer’s waking nightmare”.  Apparently the injury was bad enough that she had to miss four months of work, requiring pins in her wrists.  The lawsuit brought against the trainer and gym alleged that the trainer was negligent in having the woman perform an unfamiliar exercise and in not providing a spot for her, which to this blogger seems to be basic Gym 101 kind of stuff, but I’m no expert.

The gym’s defense was that the woman signed a contract assuming a risk of injury.  The woman’s lawyers deftly pointed out that the contract specifically holds the gym liable for injury due to the negligence of the gym or its employees, which revelation I’m sure led to some awkward silence along the length of the bargaining table as the defense lawyers realized the case was unwinnable.  Shortly thereafter, a jury decided that the gym was entirely to blame.  Before damages could be awarded, though, the defense settled with the woman for $300,000.  Not that pretty a penny, considering the medical and legal costs the woman has likely accrued, but good enough if the woman just wanted to get it over with.

I’m surprised the personal trainer in this case did not spot the woman, given her inexperience with the equipment and trepidation at actually using it.  This leads me to believe he/she was not a very good personal trainer and was more likely just someone who enjoys working out and figured they could make some money in the process.  If you’re looking to use the services of a personal trainer, be sure to double check that they know what they’re doing.  There is no licensing agency or system of requirements to become a personal trainer — any muscular chump with a Bowflex can claim to be one.  The better, more reliable trainers will have years of experience and references and can show you examples of past success.  They will be up front with their methods and their training will focus on basic, traditional workouts and making sure you perform them correctly and safely.  Swindlers will point to complicated movement and strange exercises as evidence of their ability.  Ironically, that’s a sign that they don’t know much at all.