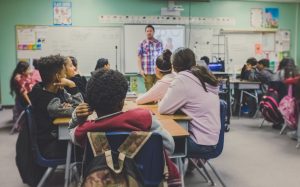 The silver lining in this case, however, is the unusual evidence Rosenstein had of his bullying and his attempts to stop it.  The young boy had sent repeated emails to his school’s administration, asking not for punishment for the bully but for some help in dealing with it personally.  “I would like to let you know that the bullying has increased,” he bluntly wrote in one of his many emails, but the school just labeled him a “complainer” and cast him aside.  Nothing, neither preventative nor punitive, was done.  They downright allowed a child with obvious problems re: anger, expression, civility, etc. free reign to terrorize his victim.  With such a trail of evidence, the school would be resoundingly declared guilty of negligence at trial — that they clearly knew that bullying occurred and willingly ignored it.

Despite such evidence, and perhaps because young Sawyer is now an 18-year-old college student and just wants to kind of move on, the case went to settlement, with the boy getting $4.8 million and the school district getting to deny all wrongdoing.  Disappointing for those of us who want justice (if you couldn’t tell from the tone of this post), but nonetheless the next big step in this boys life.  He’s interested in space and is studying Communication and by all appearances is a very bright young man.  And New Jersey last year enacted tougher laws against bullying and accountability.  Whether they will be effective or even enforced is yet to be seen.