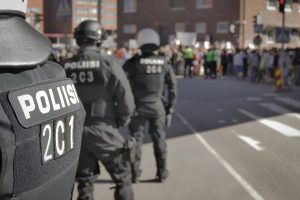 Kosmas who is represented by Harris Butler III says the discrimination by the Virginia Beach Police Department is nothing new. There have been two previous cases against the same police department which one resulted in a verdict against the department, which Mr. Butler personally handled, and the second resulted in an agreement before trial took place.