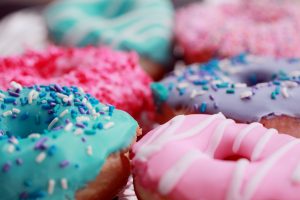 Seemingly frivolous lawsuits are both attention grabbing and thought provoking. The questionable lawsuits often have a deeper purpose than to sue for the sake of suing.  This past March, Worcester, Massachusetts reside, Jan Polanik, filed two lawsuits against the popular franchise Dunkin Donuts.

Polanik ordered a bagel with butter, and instead, he was given a bagel with a butter substitute, similar to margarine. As the customer, Polanik viewed Dunkin’s product as an example of false advertising. He ordered one featured product on the menu, and he received something that he considered to be completely different.

Shortly after the lawsuits were filed, Dunkin Donuts reached a settlement with the Massachusetts resident. The public does not yet know the specifics of the settlement. It is clear, however, that one of the terms of the settlement will be for Dunkin to explicitly indicate whether or not they use a butter substitute as a spread on their products.

In Dunkin Donuts’ defense, they do offer small whipped butter packets to customers who request the real butter on the side. The main reason for not using real butter in the bagel with butter menu item is that real butter is just not spreadable enough for the employee to apply at room temperature. The franchise cannot safely store real butter at spreadable temperatures without causing a potential health and food safety issue.

While Dunkin may have valid concerns for not using real butter to spread on the products, Polanik argues that the customer should not be tricked into getting something they did not order.  Polanik’s lawyer hopes to develop this lawsuit into a class action, where anyone who ordered a bagel with butter, and was instead given margarine, at a Dunkin Donuts from June 24, 2012 to June 24, 2016 could benefit.