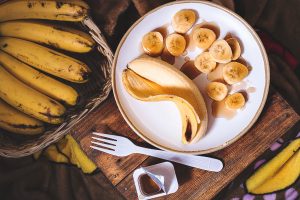 Catherine Conrad makes a living as an inspirational speaker, personal motivator, and also delivers singing telegrams dressed in a banana suit.  After several incidents with clients which ended up in Ms. Conrad filing multiple lawsuits, it seems the U.S. District Courts have had enough.  A recent ruling against the Wisconsin-native claims that although those who receive the banana-grams take pictures and videos, Catherine has no copyright claim over the over-sized, yellow costume. Previously, she had filed infringement lawsuits of anywhere between $40,000 and $80,000.  A jurist recently declared that her accusations and demands were “without merit” and an “abuse of the legal process”.

For a fee, Catherine would dress up in a banana suit, travel to client’s homes, and perform a song and dance called “The Banana Shake”.  Happy customers would quickly whip out their smartphones and take pictures and videos, often sharing them with friends and family via social networks such as Facebook and Twitter.  The Banana Lady was not fond of this monkeying around (a primate puppet is also part of the show), and figured that this was a violation of a federal copyright law.  The court deemed that since she had not actually filed any kind of patent or trademark for the performance, she is not entitled to any compensation. The final verdict came down from Judge Richard Posner who, thankfully enough for comedy’s sake, sits on the bench for the Court of Appeals.

Once Catherine Conrad thought she could make some money, she filed her lawsuits by the bunch.  In the end, any new suit she brought on was ultimately fruitless.  Though it seems this was important for the Banana Lady, it’s hard to foster any real feelings for her.  Perhaps the smartest thing for her to do would be to avoid the courthouse altogether and split.  Although a bit quirky, most would agree that this case is nothing short of appealing.  Note that although I tried to include a final banana pun about plantains, I came up a bit short.