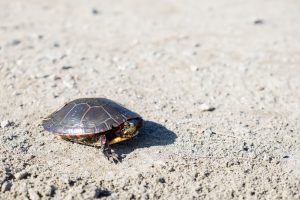 “God I love being a turtle.”

Contrary to popular belief, music is never really free; just ask a musician. The satellite radio company Sirius XM was sued over copyright and trademark laws by a 1960s band called The Turtles. With the passing of federal copyright protection for recorded music in 1972, the royalties for music made before that date have been a hot button issue. The band claims that its’ music was broadcast on satellite radio without any compensation or consent of the creators. A series of lawsuits were filed against both Sirius XM and Pandora Media in New York, Florida, and California, with the band seeking about $100mm worth of damages.

A recent ruling in New York at the United States District Court of Manhattan sided with the musicians, confirming that they have ownership over their own music. Additionally, California has ruled that the radio stations were infringing on the bands’ rights. The Turtles, who recorded the popular song “Happy Together”, are looked at by those in the music industry as representatives against a common issue. They have been at the forefront of a class-action lawsuit which points to a specific date in December as a form of “cut-off” for Sirius XM and Pandora Media for playing their music. The rulings confirm that music recorded and released before 1972 are covered under state laws.

Royalties for music are a widely debated topic, especially in the “internet” era. With albums selling at a fraction of what they did 5-10 years ago thanks to the ease of streaming media, record companies and artists are always looking for new ways to be profitable. Pop icon Taylor Swift recently had a tiff with Spotify, another digital music provider, and pulled all of her music from the service. While she is obviously a much bigger star than The Turtles, it goes to show that artists from top to bottom are suffering. Technology has truly been both a gift and a curse for musicians these days.