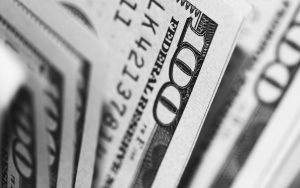 Harold Hamm, named by Forbes as the 24th richest man in the world, is set to pay one of the biggest divorce settlements in history to former wife Sue Hamm. Mr. Hamm owns the largest piece of the nations most oil-rich land in North Dakota. “Mr. Hamm, who has described himself as “more hardheaded than other people,” did not have a particular document that is all but standard now whenever tycoons wed: a prenuptial agreement”. After the 9-week trial, Sue Hamm will now be amongst the richest women in the country. Mr. Hamm is required to pay his ex-wife one-third of the total settlement ($320 million) by the end of this year.

Sue Hamm is the second wife of the billionaire, a lawyer at Continental Resources when they met. Harold was only just beginning to build his empire when he and Sue got married in 1988. Under Oklahoma law, how the money was acquired, whether by skill or just luck is extremely important in determining the amount of money that is on the table during settlement proceedings. The law states, “The money a spouse earns while married can be part of a divorce settlement if it is made through skill. If, on the other hand, the increase is attributable to “changing economic conditions, or circumstances beyond the parties’ control,” then that money is off the table”. Hamm and his lawyers tried to argue that he stumbled into his billions by luck rather than his savvy business judgement.

Looks like the judge didn’t buy that argument. In the ruling, “the judge cited Mr. Hamm’s “skills and efforts” and said his leadership spurred an “increase in value for Continental.” He also called Mr. Hamm “an expert in the oil field service business”. Because of this the money he has made over the years was all up for grabs in his recent divorce settlement. However, before we start feeling sorry for Harold Hamm paying his wife close to $1 Billion, this is still only a fraction of his net worth.