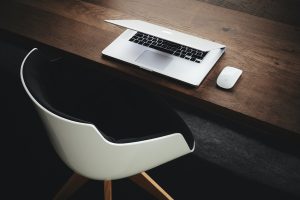 While some employees wish they could take a quick nap while their bosses are not looking, one California DMV employee took snoozing on the job to a whole new level.  From February 2014 until December 2017, the worker slept at least 3 hours a day at her job.  The daily naps continued for nearly 4 years, with little to no discipline issued to her by supervisors.

DMV supervisors did not properly document the incidents where they had to physically wake up the slumbering key data operator. Due to the absence of a paper trail, the DMV was not able to terminate her from the position.  In fact, this recurring issue was only publicly revealed following an audit, where the state auditor documented about 2,200 hours of work time lost, totaling in approximately $40,000 in taxpayer money. Before the state auditor’s report was published, DMV supervisors more or less ignored the real problem, and only admitted to noticing the worker sleeping about 20-30 minutes a day.

It is bad enough that this employee was able to get away with her behavior for so long, but she also produced unacceptable work when she was actually working. As a key data operator, the employee had specific duties to record information regarding new vehicle ownership and address changes. Employees had reportedly complained about the mistakes the worker would make and the reputation she earned as an unreliable co-worker.  A typical key data operator processes about 550 documents a day, which is significantly higher than the sleeping employee’s average of about 200 documents a day.  As an isolated incident, intense underperformance warrants termination.

When extreme sleeping on the job is added, the grounds for termination seem obvious.  A reason why DMV supervisors did not proceed with immediate disciplinary action was the assumption that the employee had a medical condition that caused her to sleep often. An initial doctor’s note indicated the employee was not able to perform her duties, but that confirmation was later recanted with a release to continue her duties as a fully capable key data operator.  It remains unclear whether or not this employee is still working for the DMV.