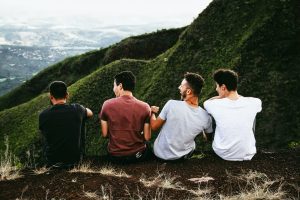 Rachel Canning is one of the most talked about teens in the country as of late. This Lincoln Park, NJ resident is suing her parents, “accusing them of tossing her out of the family home when she turned 18 and refusing to pay for her private high school and college education”. The lawsuit filed is demanding that Rachel’s parents not only fund her college education, but also her current private high school tuition, living expenses, and also her legal fees. Rachel claims that she is an honor student and a cheerleader, who could potentially lose her opportunity to attend college after being cut off from her family. However, her parents tell a different tale; they state Rachel was not kicked out, but left willingly because she did not want to abide by their rules.

At an initial hearing Tuesday March 4, a judge denied her requests for her parents to pay for her high school tuition, and her current living expenses. Another hearing will take place in April regarding other issues brought up in the suit. Rachel’s parents say that once she turned 18 she was an adult and should not have to abide by the rules of their house such as doing chores, meeting curfew, etc. She is welcome to return to their home at any time and will be financially supported as long as she agrees to follow their rules. Rachel is currently residing with a friend’s family, who are also paying her legal fees for the time being.

It is no surprise that this case has sparked controversy in the social media world. Some posts argue, “She is an entitled spoiled brat and will regret this later in life”. While others place more blame on her parents, “Her parents have clearly contributed to the development of her character and work ethic (or lack thereof)”. We will have to stay tuned until April to hear the judges final ruling.