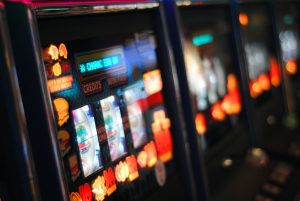 The NFL, MLB, NBA, and NHL were quick to remind New Jersey that there’s no such thing as a safe bet. The major professional sports leagues have filed a lawsuit against a recently passed law that had the hopes of on-site legalized sports gambling. Currently, the only place in the United States where you can place a live bet on pro sports is Las Vegas, but NJ Governor Chris Christie has other ideas in mind. Monmouth Park, a racetrack in South Jersey, was on the verge of being able to accept bets for NFL, MLB, NBA, NHL, and NCAA games before the lawsuit was filed. The federal court quickly agreed with the sports leagues, and now New Jersey will have to find an alternative route to taking legal sports bets.

The injunction cited violation of the Professional and Amateur Sports Protection Act (PASPA), which was brought into effect 22 years ago to ban state-sponsored betting on sports. Interestingly enough, the National Football League is in the early process of placing a permanent team in London; a place where it’s 100% legal to bet on anything and everything. It remains curious that NFL games overseas are able to be wagered on legally, but not everywhere domestically. Casinos and racetracks in New Jersey have always been a hot-button issue, especially with the recent economic downfall of Atlantic City. Certainly the NFL and other major leagues are protective of their brand, but it is much more likely that they want their own piece of the pie.

You have to get credit to Christie for trying to pull one over on the major leagues. What was touted as a monumental moment in NJ and sports gambling history was quickly swatted down once the masterminds in the NFL and NBA realized it had actually been passed. In the recent months, Christie had denied signing similar bills, claiming the necessary steps needed to be taken to not only benefit the state of the New Jersey, but the people themselves. I’d imagine there’s an economic surge as money starts to change hands fairly quickly, but the fallout could also be very negative for continued growth of the state. In my opinion, the sooner I can place a bet legally in my own state, the better.