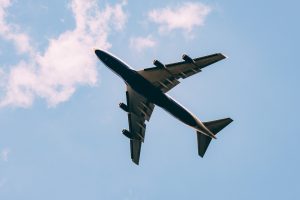 Two Malaysian teenage boys sued Malaysian Airlines and the government over the loss of their father who was on Flight 370, according to the Huffington Post. The basis for the boys’ suit is that when the plane fell from the radar during flight, the civil aviation department did not try to establish contact with the aircraft in a reasonable time. The boys also stated that the immigration department allowed passengers, who had fake identities, onto the plane.

The boys are represented by their lawyer, Arunan Selvaraj. “We have waited for eight months. After speaking to various experts, we believe we have sufficient evidence for a strong case. A big plane missing in this age of technology is really unacceptable,” Selvaraj said.

The suit describes that the carrier was negligent and failed to take measures to ensure a safe flight. Also named in the suit is the director-generals of civil aviation and immigration, the country’s navy chief and the government stating they committed gross negligence and breach of duty. The boys are seeking damages for mental distress, emotional pain and loss of support of their father, Jee Jing Hang, disappearing.