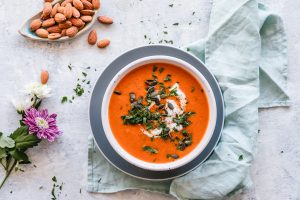 With an emphasis on healthy living lately, it’s hard to miss the heart healthy checks on Campbell’s Soup cans when you walk down the aisle at the grocery store. A federal lawsuit was filed against Campbell Soup Co. and the American Heart Association stating the soups are not as heart healthy as the certification might suggest. The American Heart Association is a non-profit organization dedicated to fighting cardiovascular diseases and stroke through a heart healthy lifestyle and diet. According to the AHA website, a low sodium product is defined as having 140 milligrams of sodium or less per serving, however, to earn the publicly recognized stamp of approval from the AHA, the product should have no more than 480 milligrams of sodium per serving. This contradiction in standards is what has caught the AHA and Campbell Soup Co. in a lawsuit.

The lawsuit states that the American Heart Association is allowing brands such as Campbell Soup Co. to use this well recognized mark of approval on their products in exchange for fees, even though their nutrition facts are not necessarily up to par with heart healthy standards. A quote from the lawsuit claims, “The AHA, for a fee, abandons its general, non-commercial dietary and nutritional guidelines”. The AHA website also states that a person should aim to consumer 1,500 mg or less of sodium each day. However, many of the soups made by the Campbell’s soup brand contain almost 900 mg of sodium per can, which is over half of the recommended daily amount. In response to the lawsuit, the AHA claims that in order to certify a product as “heart healthy”, they conduct lab tests to ensure it meets certain nutritional criteria.

With many so called “heart healthy” soups having over half a day’s worth of sodium, how would they have passed the so called lab testing process to ensure correct nutritional criteria? Millions of Americans aiming for a heart healthy lifestyle choose Campbell’s soup primarily for the stamp of approval from the American Heart Association, are they being tricked into thinking their soup choice is better than it actually is? Sounds like we will all need to take a closer look at the nutrition facts rather than only looking for the check of approval from the American Heart Association.