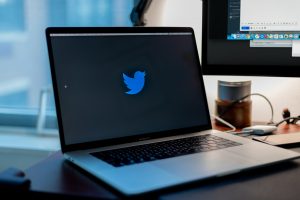 The lawsuit alleges that Duane Reade aimed to capitalize by posting Heigl’s image on twitter and turning it into publicity for their company. The suit states “Duane Reade misappropriated the photograph for its own commercial advertising” and “then failed to respond to a cease and desist”(Griffith 2014). The photograph has since been taken down. Heigl is not the first celebrity to take legal action over her image being associated with a brand. Last year Rihanna won $5 million in a suit against fashion designer Top Shop for using her image without consent.

The pharmacy has not spoken publicly about the lawsuit but seems to make light of the situation via twitter. This post by Piers Morgan was retweeted and deleted: “Hi @DuaneReade – unlike @KatieHeigl , I am very happy to be photographed coming out of your excellent stores. And feel free to tweet it” (Griffith, 2014). Marc S. Reainer, a copyright lawyer at Moss & Kalish PLLC argues that the suit may blur the lines between advertising and communications. Reainer goes on to say that “It may (or may not) be improper for Duane Reade to pay for ads that show Heigl shopping at Duane Reade” (Griffith, 2014). He argues that Duane Reade was simply communicating to the public that that Heigl had been shopping at one of their stores.