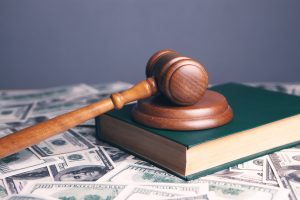 Last summer, news outlets were consumed with the disappearance of Gabby Petito, a 22-year-old woman who mysteriously ceased communication with her family while traveling cross-country with her fiancé, Brian Laundrie. The couple departed from New York in July; and Brian traveled home to his parents’ house in Florida on September 1. Gabby was reported missing on September 11, and about a week later, her body was found in Teton County, Wyoming. Now, more than half a year has passed, and Gabby’s parents have taken measures to seek compensation for their daughter’s strangulation and subsequent death.

Gabby’s mother, Nichole Schmidt, has filed a wrongful death claim against Brian Laundrie’s estate in Sarasota County, Florida. Although Schmidt has not mentioned a specific dollar amount, the lawsuit does mention that the damages may exceed $30,000, which includes the cost of funeral and burial expenses incurred. In addition, Gabby’s parents are claiming that they have suffered a loss of care, as well as a future loss of companionship and comfort, of which they believe Brian’s estate should be left responsible to pay. In a notebook found near Brian’s remains in a Florida nature preserve, the young man admitted his guilt and liability in Gabby’s death.

While the FBI has confirmed that Brian is directly responsible for Gabby’s murder, the young woman’s parents have taken further steps to hold Brian’s parents, Christopher and Roberta Laundrie, liable. This separate lawsuit outlines claims that accuse the Laundries of maintaining full awareness of their son’s actions and their willingness to help him flee the country. Despite the allegations, Brian did not flee the country, but took a camping trip with his family before making the decision to travel into the nature preserve to confess his guilt in writing and end his own life. The Laundrie family attorney is confident that this second lawsuit will be thrown out, but admits that legal action against the Laundrie family and Brian’s estate was expected.