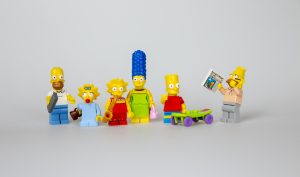 The Simpsons are going to court! Well, they were planning on it, until reaching a settlement. 20th Century Fox recently came to an out-of-court settlement with a special effects company over a 2-minute hologram of the popular cartoon character, Homer Simpson. Appearing at Comic-Con, an entertainment-themed convention in California, Homer’s hologram told several jokes and interacted with Simpsons’ creator Matt Groening, much to the amusement of everyone other than Hologram USA. The company claims that they have an exclusive patent to the technology behind the hologram, and that without their consent or approval, Fox owes them a monetary fee. The groups were able to meet and come to an agreement, although the terms were not immediately disclosed.Hologram USA works with several film and motion picture companies to bring their holographic images to life. While 3D technology is still very new and becoming more popular every day, CEO Alki David wants to make sure his property is protected. After reaching an agreement for an undisclosed amount of money, David left the door open for The Simpsons and Fox to create a working relationship. Fox did confirm the settlement, but did not speak to the media regarding the issue. The technology became famous in the past few years after portraying a performance of late rapper Tupac Shakur at a concert in California.

Patents and trademarks have always fascinated me. Most of the time, it seems like people are just trying to make a buck without actually creating or inventing anything new. In this instance, it sounds like Hologram USA did have a right to a certain type of technology to produce a high-quality digital image. It makes sense to try and get your piece of the pie from a massive company like Fox, especially with their prominent use of the hologram at a public convention. Truthfully, this does resemble an episode of The Simpsons; get-rich-quick schemes, colorful characters, and a massive mistake. Oh Homer, will you ever learn?