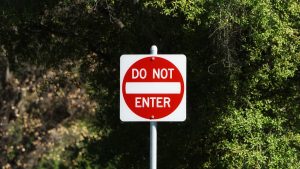 Among the conditions that could possibly prevent an individual from renewing their license, being able to walk across the DMV without a supportive mobility device is not one of them.  Based on certain symptoms, such as confusion, shortness of breath, impulsive behaviors, or impaired response time, DMV workers are trained to identify potentially unsafe drivers.  The federal courts are left to decide whether or not the rights of a 78-year-old woman were violated when she was instructed to walk without her cane and subsequently fell and broke her wrist.

At least in the state of Wisconsin, the DMV must issue a 60-day temporary license pending an applicant’s visit with a medical professional.  Mary Wobschall was not given that right and was actually told that she would need to renew her license by the end of the month, or else her license would be taken. Prior to that instruction, Wobschall had objected to walking without her cane, as she had a double knee replacement a few years back.  Her husband was present at the DMV and also questioned the directive.  As a result of the fall and what the DMV employee considered to be confusion on the part of Wobschall, her license renewal was rejected.

Four months after the ordeal, Mary Wobschall passed away due to causes unrelated to her fall or broken wrist.  Her estate lawyers are now going after the Wisconsin DMV, citing a violation of the Americans with Disabilities Act, the Rehabilitation Act, and Wobschall’s right to due process.  According to their claims, Wobschall was not issued the typical 60-day temporary license, regularly granted under such circumstances.  Her estate lawyers also argue that a DMV worker is in no position to require an individual to perform a walking test without a cane or determine the state of a medical condition.  DMV workers may only require applicants to submit a medical report from a doctor approving driving privilege.  While the DMV worker may have been trying to screen a potentially unsafe driver, the employee arguably contributed to the fall and injury of a 78-year-old woman.