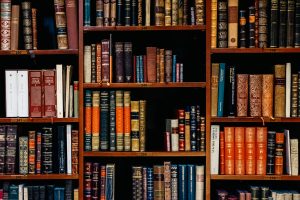 The advocacy group, Center for Independence of the Disabled New York (CIDNY), is taking a legal stand against the Queens Borough Public Library and the City of New York. Fighting for the rights of the disabled, CIDNY claims the new library’s interior, which just opened in Long Island City this fall, violates the Americans with Disabilities Act.  The lawsuit cites a handful of sections within the library that are not easily accessible to those whose mobility is impaired or limited.

A few of the sections of the library were identified as inaccessible to those who are handicapped physically.  In particular, a small children’s space, a rooftop terrace, and three levels of bookshelves are named as the areas in which the entire population is unable to enjoy.  One frequent library-goer, Tanya Jackson, loves the library, but requires the use of a walker. She cannot approach or enter certain areas because of her walker, and therefore, is unable to fully experience every feature of the library.  The CIDNY argues that although the library itself is immaculate and aesthetically pleasing, the law was broken.

The idea of the library was initiated more than twenty years ago, but Steven Holl Architects’ design of the structure was not revealed until 2011.  Several barriers and mishaps prolonged the start of construction, but the firm finally broke ground in 2015.  The entire cost of the project resulted in $41 million, funded by the city.  Steven Holl Architects proceeded with their plan, with the city’s approval, with disregard for those who are disabled.  The advocacy group’s 21-page complaint was filed in Brooklyn federal court. With the decline in print media and the increase in digital reliance, it is imperative for libraries to allow access to every type of individual in the population, in order to keep the spirit of tangible books alive.