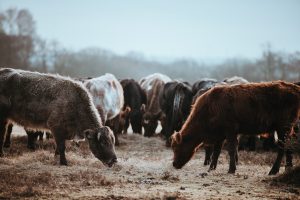 A Colorado-based ranch is taking legal action against a Nebraska-run grazing business for breach of contract.  In April 2020, the two parties agreed that Cornerstone Grazing, operated by owners, Derek and Lesa Schwanebeck, and their sole employee, John C. Odom, would graze 603 bred cows and 22 bulls throughout the course of the summer.  The contract would end on November 12 when Three Forks Ranch would sell the bred cows.  Following a September 2 report that several cows had died due to an apparent outbreak of disease, Three Forks Ranch employees traveled to Cornerstone Grazing to find twenty dead cattle.  The Colorado ranch is now suing the Nebraska ranch for $500,000 in damages.

According to the lawsuit, Three Forks Ranch accuses the Nebraska ranch owners of starving the cattle.  Three Forks Ranch was originally interested in working with the Schwanebeck’s business due to their grazing technique of rotating cattle between pastures. This technique allows cattle to feed from one designated grazing area at a time.  Although effective, this process is also management-intensive and can cause serious issues for the cattle if attention is lost.  Overgrazing may occur, which leaves the cattle without enough food to survive.  In the event of overgrazing, ranch handlers either supplement the food source with other products or move the cattle to less-barren pastures.