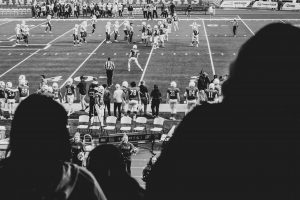 Florida State University contends that they properly assisted the plaintiff throughout the process and handled her allegations with all seriousness. Her attorneys claim that the FSU athletic department failed to alert the university of the allegations against their star athlete. This lawsuit is specifically against Florida State itself. Jameis Winston recently announced that he would enter the NFL Draft and is projected to be drafted as a top 2 selection. Some contend that the woman is simply out to damage his reputation and is falsely accusing Winston, as well as FSU.

Rape accusations and sexual harassment are not issues to be taken lightly by any means. The plaintiff in these lawsuits, whose name has surprisingly been withheld from the public for years now, seems to be on a warpath to find justice and bring the people who wronged her into light. Rumors about collegiate athletic departments keeping certain issues private and out of the media are not new, as college football is a main monetary source for these universities. Jameis Winston, who again was never formally charged, will be happy to put this situation in his rear view mirror (and can now focus on becoming the starting QB for the Tampa Bay Buccaneers or the Tennessee Titans). Florida State, however, seems to be in for a long, drawn out battle in the court room.