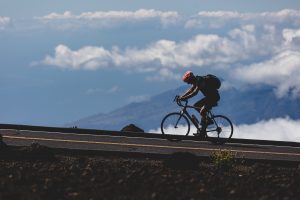 Regardless of experience level, those who ride bicycles should forever be cognizant of road and path conditions and avoid areas with routine issues.  In Evansville, Indiana, there is a section of passage known as Pigeon Creek Greenway, located under the Franklin Street bridge, where bicyclists have been injured in the past.  The most recent incident involves a skilled bike rider, who hit a mud patch and toppled to the ground.  She sustained a broken wrist, broken teeth, road rash, bruising, and bleeding.

A good Samaritan assisted the injured bicyclist by taking her to the Deaconess Midtown Hospital.  There it was determined that her wrist was broken in five places and her two front teeth were knocked out completely at the gumline.  Despite the bike rider’s knowledge of riding and what to look out for in terms of dangerous conditions, there is a section of the Greenway that introduces a blind curve before entering the bridge underpass. People traveling under the bridge have complained in the past, concerning the slick sediment and muck, often present following a storm or flooding.

The bicyclist has decided to file a lawsuit against the city of Evansville, alleging negligence in failing to fix the hazardous area of Pigeon Creek Greenway.  The claim administrator for the city has denied the claim and insists that signs are present, alerting passersby of potentially unsafe conditions. Counsel for the plaintiff disagrees and asserts that the warning signs have not been updated or increased in display since the last time someone took legal action against the city.  In 2017, a similar lawsuit was filed, to which the city and other parties involved settled in 2019.  In the settlement terms of that lawsuit, the city promised to fix the area to ensure another incident would not happen in the future. According to the present lawsuit, nothing has changed since last year.  The plaintiff is seeking compensation for pain and suffering, medical bills, and lost wages.