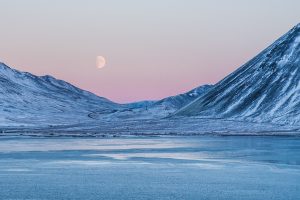 Washington Attorney General Bob Ferguson’s key goal is to preserve the land of the arctic refuge.  Led by Ferguson, a federal lawsuit has been filed in the hopes of stopping the progression of plans to drill for oil and gas in this northeastern region of Alaska.  For anyone who has watched the television show, The Last Alaskans, it is easy to see and appreciate the desolate landscape of snow, trees, and wildlife.  Inhabited by seven or eight families, the current residents of the refuge may maintain cabin permits up until the death of their last-born child.

Once the permits expire, no non-native residents will be allowed to move onto the refuge.  With so few people living on the Arctic National Wildlife Refuge, a majority of the land remains pristinely intact.  If a section of this part of Alaska is open to drilling, however, the impact may be detrimental.  Advocates of preserving the land are not willing to take the risk of possible damage. Some of the wildlife that Washington Attorney General Ferguson intends to protect include polar bears, caribou, and birds.  In addition, the Gwich’in people of Northern Alaska view this land as sacred and are in complete opposition to the prospective drilling of oil and gas.  Climate change and greenhouse gases are also a cause for concern.

For about forty years, the arctic refuge was off limits in terms of drilling, however, that changed in 2017.  As a result of a Republican tax bill, the land was considered reopened for development.  According to the lawsuit, the administration foresees an opportunity to admit leases for energy companies in that region of Alaska.  The federal lawsuit is filed on behalf of 15 states, co-led by attorneys general from Washington State and Massachusetts.  Concerning the same topic, a second lawsuit has been filed by the Native Village of Venetie Tribal Government, Arctic Village Council, and Venetie Village Council.