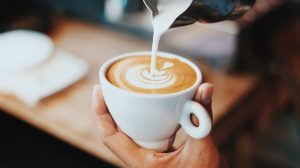 Following an incident that involved a customer suffering from a dizzy spell, nausea, incessant coughing, and a burning sensation in the mouth and stomach, Starbucks may be liable to pay a $75,000 claim. The lawsuit, which was filed this month in Connecticut District Court, details the August 2021 injury and the punitive damages sought by the plaintiff. In addition to the physical injuries sustained, the Starbucks customer alleges that the ordeal triggered a prior diagnosis of PTSD, depression, and anxiety. He has also pointed out the failure of the company to properly handle prior instances of chemical ingestion and claims appropriate measures were not set in place to prevent similar circumstances from occurring.

The Connecticut resident immediately retreated to the Starbucks location where he received his order and told the manager that the intended black coffee was actually a liquid blue chemical, Urnex Urn & Brewer Cleaner. Within the first gulp of his supposed black coffee, the plaintiff felt the effects of the Urnex Cleaner. Although immediate, the effects also lingered, causing gastrointestinal issues and a long lasting chalk taste in his mouth. The manager blamed a new employee and admitted that the only protocol established to indicate that a brewer was filled with the blue solution was an upside-down cup placed on the coffee maker.

This method of cautioning employees to use a different brewer was evidently not substantial and led to the unfortunate injury of one of the company’s customers. This is not the first lawsuit filed against Starbucks for a poisoning-related incident, as two other filings have been reported in recent years. The well-established company, however, has failed to learn from prior mistakes and has allegedly continued to avoid the cost of proper safety measures. Relying on an upside-down cup may no longer serve as an effective indicator for employees. Despite the claims filed against the coffee company, Starbucks assures the public that its baristas are dedicated to delivering high quality and safely constructed beverages to their customers.